Eileen Christelow, author and Illustrator of many popular picture books for children, was born in Washington DC. She grew up there and in Connecticut. She attended high school in Japan and Massachusetts and graduated from the University of Pennsylvania.

She worked as a freelance photographer and graphic designer in both Philadelphia, Pennsylvania and Berkeley, California. She also lived for a year in Cornwall, England while her husband was apprenticing to potter, Michael Cardew. Her daughter, Heather, was born that year.

She currently lives in Vermont with her husband and dog, Emma, who is our website interviewer and the inspiration for the Desperate Dog books.

Her daughter is grown and lives in Chicago.

For a photo bio, keep reading… 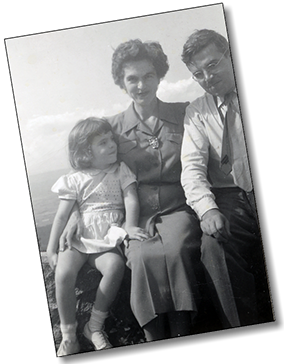 Me with my parents, before my brother was born. My dad was from England, my mom was from Vermont.

Books were a part of life in my family. My parents read bedtime stories to me and my brother every night. The table by my father’s red armchair always held a stack of books with torn paper markers in various places. He also read comics: Donald Duck, Mickey Mouse and Pogo which he bought as soon as they hit the newsstand and which he allowed us to read only AFTER he was finished!

My brother and I were given books on birthdays, at Christmas, when we were sick . . . I saved them all, eventually shelved them alphabetically, cataloged them, loaned them to my friends and charged fines when they were overdue. Much of my early childhood was spent slouched in an armchair or up in a tree house with my nose in a book . . . A good early education for a writer! 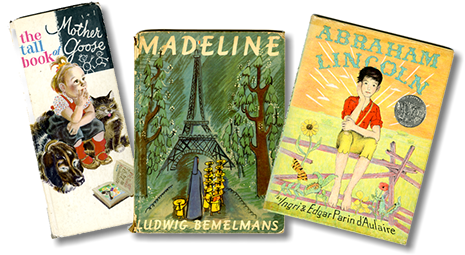 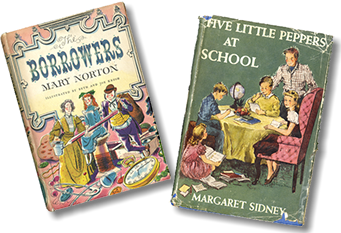 I still have some of my favorite childhood books. 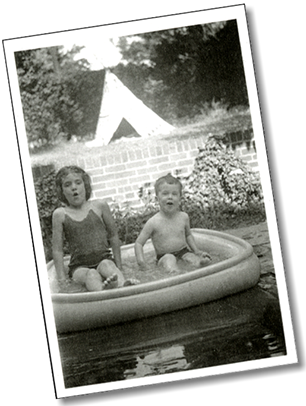 Cooling off in the backyard with my brother—Washington DC. We lived there until I was ten.

I discovered WRITING thanks to two dynamic English teachers: one in the eighth grade, another in high school. I planned to major in English at the University of Pennsylvania; but freshman English, in those days, was so boring compared to my high school classes! So I took art history and design courses, thinking I would go on to architecture graduate school. But then, I discovered photography!

Out of college, living in Philadelphia, in the mid 1960’s, I photographed buildings for architects, and did photo essays for small magazines on urban life: skid row, Chinatown, city schools, political demonstrations—life in the sixties!

And, I met and married my husband, Ahren.

In the early seventies, we spent an eventful year in England. Ahren apprenticed to potter, Michael Cardew, and our daughter, Heather was born.

A year later, we were living in Berkeley, California. Ahren started Colusa Pottery while I freelanced as a graphic designer/photographer. 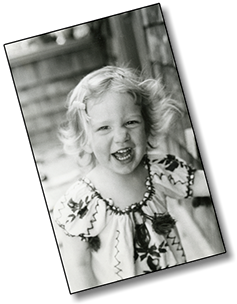 Learning to make pots with Dad >>> 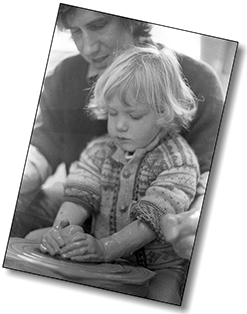 Heather and I went to the library once or twice a week and borrowed piles of books to read at bedtime, nap time, and times in between. I was beginning my education as an author/illustrator of picture books! 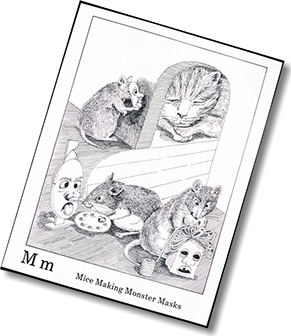 I started working on an alphabet book, thinking it would take a few weeks. Two years later, I reached Z, having taught myself something about illustration and about the complexities of writing a “simple little picture book.”

Unfortunately, no one wanted to publish my alphabet book!

They all said, “Write a story. Come back and see us…”

Five or six years and many story attempts later, I had completed two illustrated dummies. I went back to New York and sold them both. I had finally learned to tell a story with pictures!

And we also moved to Vermont— an eventful year! 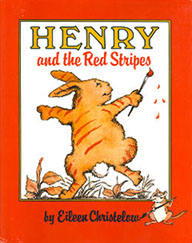 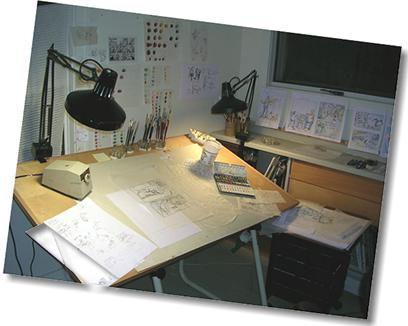 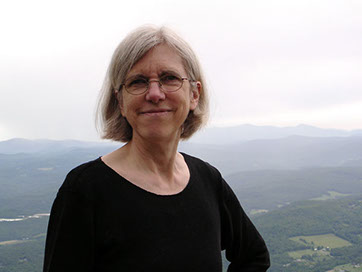 Many years and books later, we’re still in Vermont. I’m on top of Ascutney Mountain which looks out over my grandparent’s old farm. My cousins and I still come up here and remember those years when we were kids.