Henry and the Dragon 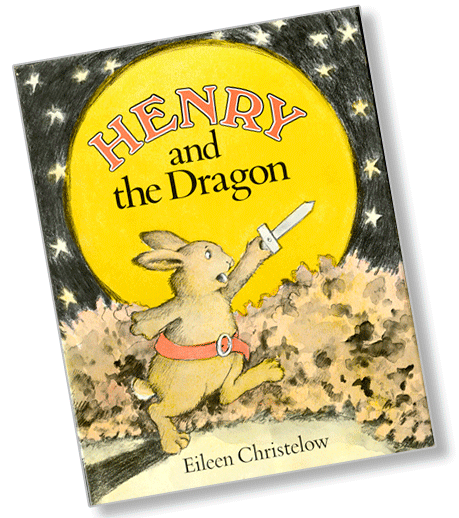 “Add this to story-hour repertoires.” — ALA Booklist

“The orange and green watercolors on pencil nicely evoke the excitement of the dragon scare, and the coziness of Henry’s family: and the telling expressions on the rabbits’ faces are beguiling.” — Bulletin of the Center for Children’s Books

Included in “The pick of the crop in picture books” — Boston Globe, 1984

After Henry Rabbit’s Father reads him a bedtime story about a fierce and frightening dragon, Henry is afraid that one of these creatures lives near his house. Then he notices a shadow on his wall that looks a lot like a dragon. He seeks safety in his parents’ bed and the next day, sets to work building a dragon trap in their yard.

That night, once again, he sees the shadow of the dragon.

“He’s outside my window right now!” he tells his parents. So Henry’s parents go outside to look. And sure enough someone is caught in the dragon trap—and it’s NOT a dragon!

It’s Henry’s dad who does NOT want to talk about dragons any more.

When Henry is sent back to bed he discovers what the shadow is. And of course, he wants to show his parents! 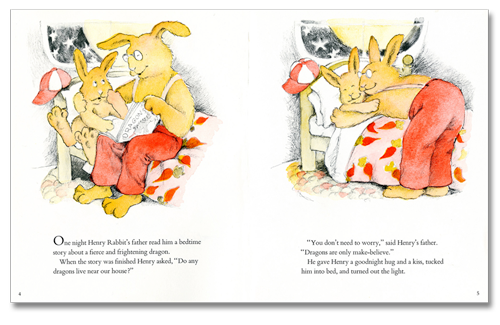 Henry Rabbit’s father reads a story about a fierce and frightening dragon. “Do dragons live near our house?” asks Henry.